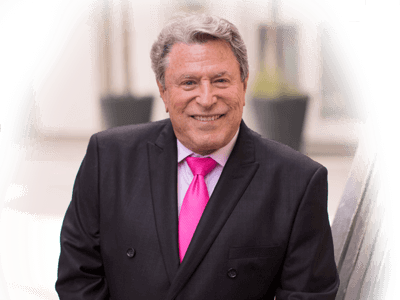 Dr. Richard Ellenbogen is triple fellowship trained and board certified in plastic and reconstructive surgery. He is a Beverly Hills and Los Angeles Plastic Surgeon who has been practicing cosmetic plastic surgery for almost thirty-eight years. His specialties at this time include facial de-aging surgeries, such as rhinoplasty, facelift, eyelid surgeries, and neck and jawline rejuvenation. He is the go to guy for the revision of previous unsatisfactory surgeries for which he has been featured on television Prime Time.

Dr. Ellenbogen is a former clinical instructor at the USC Department of Plastic Surgery and has recently won the Best Facial Plastic Surgery award from the Aesthetic Association in 2013. He has won numerous top doctors awards, including being Town and Country magazine 10 best plastic surgeons, Top Ten of America, and the Consumers Research Council of America, as well as the textbook of “Top Plastic Surgeons as selected by their peers.” He did his fellowships in Maxillofacial Surgery at the State University of New York and did a Hand Surgery Fellowship at the Hospital for Joint Disease in New York. He did a pediatric surgery Rode Kruis Ziekenhaus in The Hague Netherlands. He has been invited as visiting professor of both South Africa and Israel where he taught on his expertise to the doctors at that area. Dr. Ellenbogen has twice won the Physicians Recognition Award from the American Medical Association and won the Physicians Recognition Award from the California Medical Association.

Dr. Ellenbogen in the Media 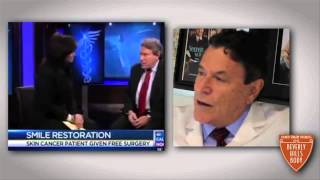 Results may vary and are not guaranteed.

Dr. Ellenbogen has a pro bono clinic for cleft lip and palate in San Miguel de Allende, Guanajuato, Mexico and has volunteered at the Cleft Palate Clinic at the Clínica Noel in Medellín, Colombia.

Dr. Ellenbogen is a triple fellowship trained and board certified Beverly Hills Plastic Surgeon and the Director of his Los Angeles based Plastic Surgery Group. He has been an Advanced Aesthetic Surgery Fellowship Director for twenty-five years, training some of the best plastic surgeons in the United States and abroad. He attended University of Miami Medical School. He did his plastic surgery training at the State University of New York where he did plastic and maxillofacial surgery residency. At the University of Florida where he did his undergraduate work, he minored in art and studied portrait and uses his artist talent in the patient’s he operates on today. Curriculum Vitae 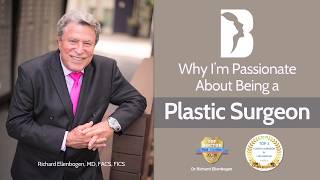 Results may vary and are not guaranteed.

He has been named in numerous lists as one of America’s Best Plastic Surgeons, where plastic surgeons select the best plastic surgeon by their peers; Dr. Ellenbogen was selected for Rhinoplasty and Facelift. Dr. Ellenbogen has been named the Top Ten in America and won the Aesthetic Association’s Top Facial Plastic Surgery in 2013 and has been honored by The American Society of Aesthetic Plastic Surgery for the best journal rhinoplasty article. Dr. Ellenbogen has recently finished a chapter in a textbook from clinics in plastic surgery on the neck and has worked for the past thirty years in improving the naturalness, the longevity, and the quick recovery of facial aging surgery. Dr. Ellenbogen in the past has been a silicone researcher and has performed numerous breast surgeries.
He has worked with Dr. Janssen Delimpins in the Netherlands under the Premier European Plastic Surgeons to add his knowledge to his scope of American Plastic Surgery. Dr. Ellenbogen also completed a hand surgery fellowship at The Hospital for Joint Disease as well as completing general surgery training at the Albert Einstein College of Medicine. He is presently in his new offices in Beverly Hills specializing in the revision of unsatisfactory plastic surgery, rhinoplasty, facelift, eyelid surgery, neck surgery, and fat grafting.

Doctor Ellenbogen studied portrait painting in college. During his summer vacation he illustrated brochures for a company selling homes in Florida to couples from up north. He remembers vividly showing his illustrations to his boss, who was dissatisfied. “Make them younger looking’ we’ve got enough old people in Florida. Dr. Ellenbogen went back to the drawing board and rejuvenated the necks, eyes and bodies. Today on a different palate he does the same thing. He carefully analyzed the older face and transformed the aging face to young vibrant faces. He is considered one of the world’s experts in neck, face and eyelid rejuvenation. Although today he uses a computer, for years he would demonstrate to his patient the changes they will see from his surgery by a quick acrylic painting. He exhibits this artistry daily on his satisfied patients.

Look Your Best
THIS SPRING!

All fields are required
Photo Gallery Ready for a beautiful change? Schedule a consultation 

Dr. Richard Ellenbogen is a triple fellowship trained and board certified plastic and reconstructive surgeon based in Beverly Hills and Los Angeles. Dr. Ellenbogen specializes in Rhinoplasty, Revision Rhinoplasty, Facelifts, and Fat Grafting. Get a Consultation

Contact Us!
We encourage you to contact our office to learn about our featured procedure or to set up a personalized consultation with Dr. Ellenbogen.

*Comments from all success stories and reviews are the expressed opinions of those patients and their experience and do not represent guaranteed results.
All before and after photo results vary and are not guaranteed.

Call Us Email Us